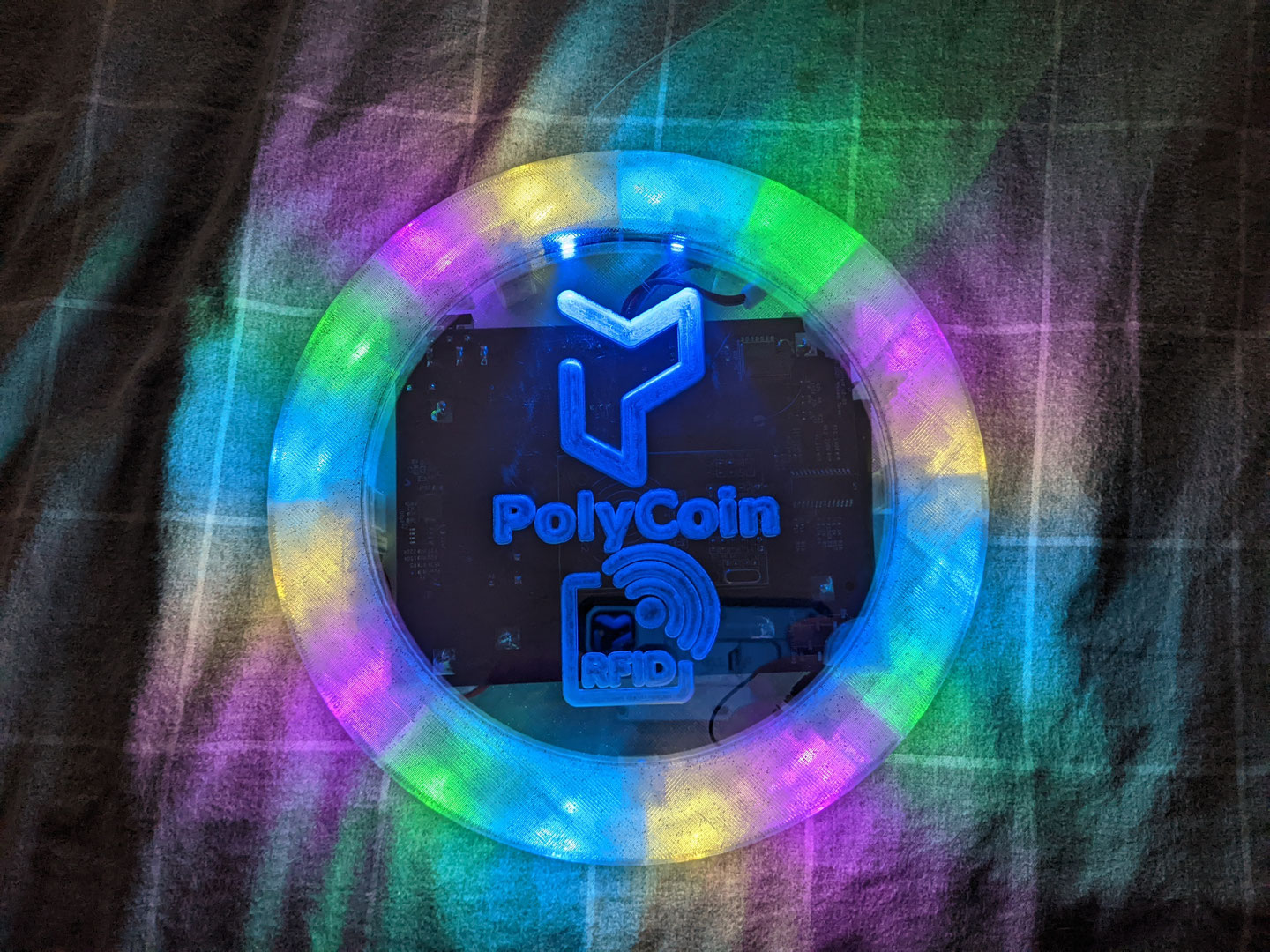 PolyCoin - A distributed game across MCH. The history at EMF Camp 2018 and 2022, and how it was made and works. See what is on the inside of the PolyCoin crypto miner devices, and why they were designed the way they were and what had to be compromised along the way, what can be improved, and plans for future versions.

PolyCoin - is a game being deployed at MCH 2022, you'll see the PolyCoin crypto miner units installed throughout the site. This game involves "capturing" the crypto miners using an RFID card to collect the fictional crypto currency PolyCoin. Each player selects one of four fictional global corporations to support, and captures the crypto miners for their chosen company producing PolyCoins for them. The company with the most PolyCoins wins!

Delving in to the brief history of the game at EMF Camp 2018 and 2022, and then explaining how it works and the various bits hang together to create the overall game. Covering PICmicro, ESP8285 (micropython), DFR0299, RC522 RFID, MQTT, Python on Raspberry Pi, and the hidden features of the game waiting to be discovered.

I'll cover the problems with the original game deployed in EMF 2018 and how they were addressed with the PolyCoin game in 2022. Then the problems encountered in 2022 at EMF camp (far less issues!).

This would ideally be suited to having this presentation followed by a hands-on session to see the parts that make the game. I should have enough bits to run a workshop as well to build a PolyCoin crypto miner unit, including surface mount and hand soldering all the parts and assembling the units themselves.