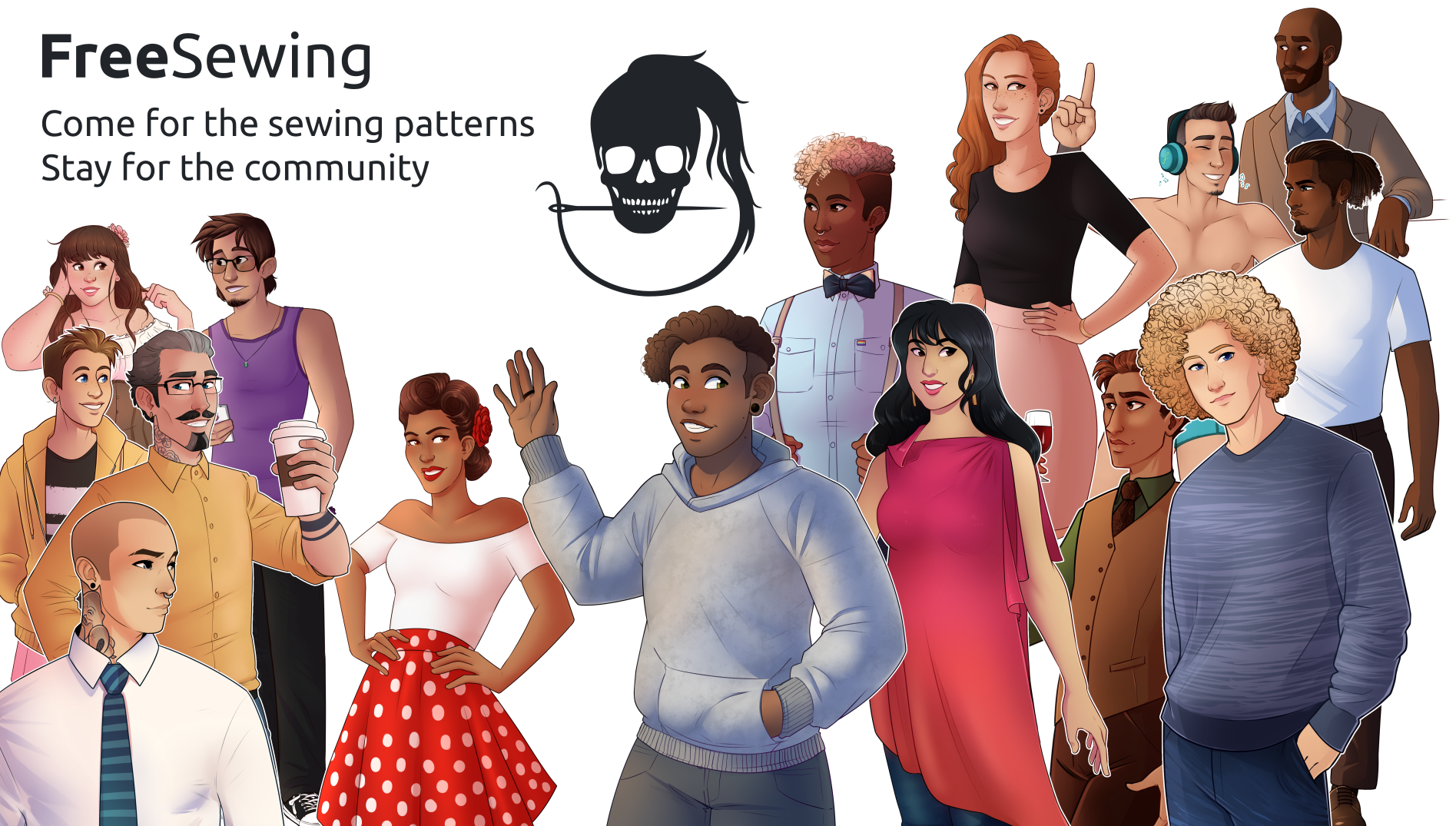 Tired of clothing stores not having your size, or that you're stuck in between sizes? So was Joost de Cock, he didn't - and doesn't - like how clothing stores base their clothing sizes on an imaginary average person; every person has a different body. That got him to found FreeSewing: the open-source platform that translates custom measurements into well-fitting sewing patterns with code.

The platform is working towards becoming the Wikipedia of sewing patterns, with new patterns being released every few months, plus a bunch of guides on how to sew. The platform also provides guides for designers and developers, to transform patterns into code.

This system based on code allows not only for custom measurements, but also for tweaking the pattern (e.g. longer sleeves, or a crop top) and recycling parts of one pattern into another - whereas a traditional sewing pattern is based on the measurements of a perfect mannequin, which is then graded up and down for different body types, which is known to have many downsides.

This talk will not be held by founder Joost de Cock himself, but by an enthusiastic contributor. He will gladly go more in depth on how the code works, common pitfalls, the motivation behind it and how it helps against the rise of fast fashion - maybe encouraging some to pick up sewing themselves?

A platform that can make tailored sewing patterns, it sounds great - but how does it work exactly?

It definitely is an upgrade from traditional sewing patterns. Making sewing patterns may sound easy: they are pieces of fabric, shaped in a specific way and sewn in a specific way. For example, a t-shirt pattern will have these parts: a front, a back and sleeves. But to figure out the right shape, the average pattern designer will make their design based on the shape of their perfect mannequin, and they grade it up and down for different body types. Adapting the pattern for a different shape can be a tedious task. That's where FreeSewing comes into play: sewing patterns aren't based on the measurements of one fit model, but they're parameters; they vary based on what the user puts into the system.

And the platform doesn't just provide sewing patterns; it also has a lot of guides available, for general sewing, specific sewing patterns and even on how to code a pattern into the system. This makes it not just a platform for sewists, but also for designers and developers.

So, enough about how cool I think it is, what exactly do I mean with "sewing patterns based on code"? FreeSewing is written in JavaScript and the technique is quite similar to how you would draw a traditional pattern: a bunch of lines for the right measurements, but now a system is drawing those lines for you. A line needs a beginning point and an end point, usually also points that determine the curve; the 'coordinates' of these points are based on the measurements.

The sewing patterns aren't just based on custom measurements, but you can also tweak them however you'd like (and within what's possible), e.g. wanting longer sleeves, or a crop top. Another advantage of having code as a base is that you can 'recycle' pattern parts from one sewing pattern into another.

Not just the sewing patterns are easily accessible online, but also the software needed to create the code: the core library and patterns are available both for NodeJS and the browser. The code and markdown content is hosted by Github.

I'm happy that this project wasn't created by a capitalist overlord, but by someone who wanted to change the world for the better. Now there are a lot of sewing patterns available for all types of bodies and I hope it will encourage more people to start sewing their own clothes. Sewing is difficult to learn, not to mention coding, but it's so worth it. Luckily FreeSewing has a vibrant community where there's always someone ready to help with problems. My goal is to share this enthusiasm with others and maybe encourage some to pick up sewing or help out with coding. 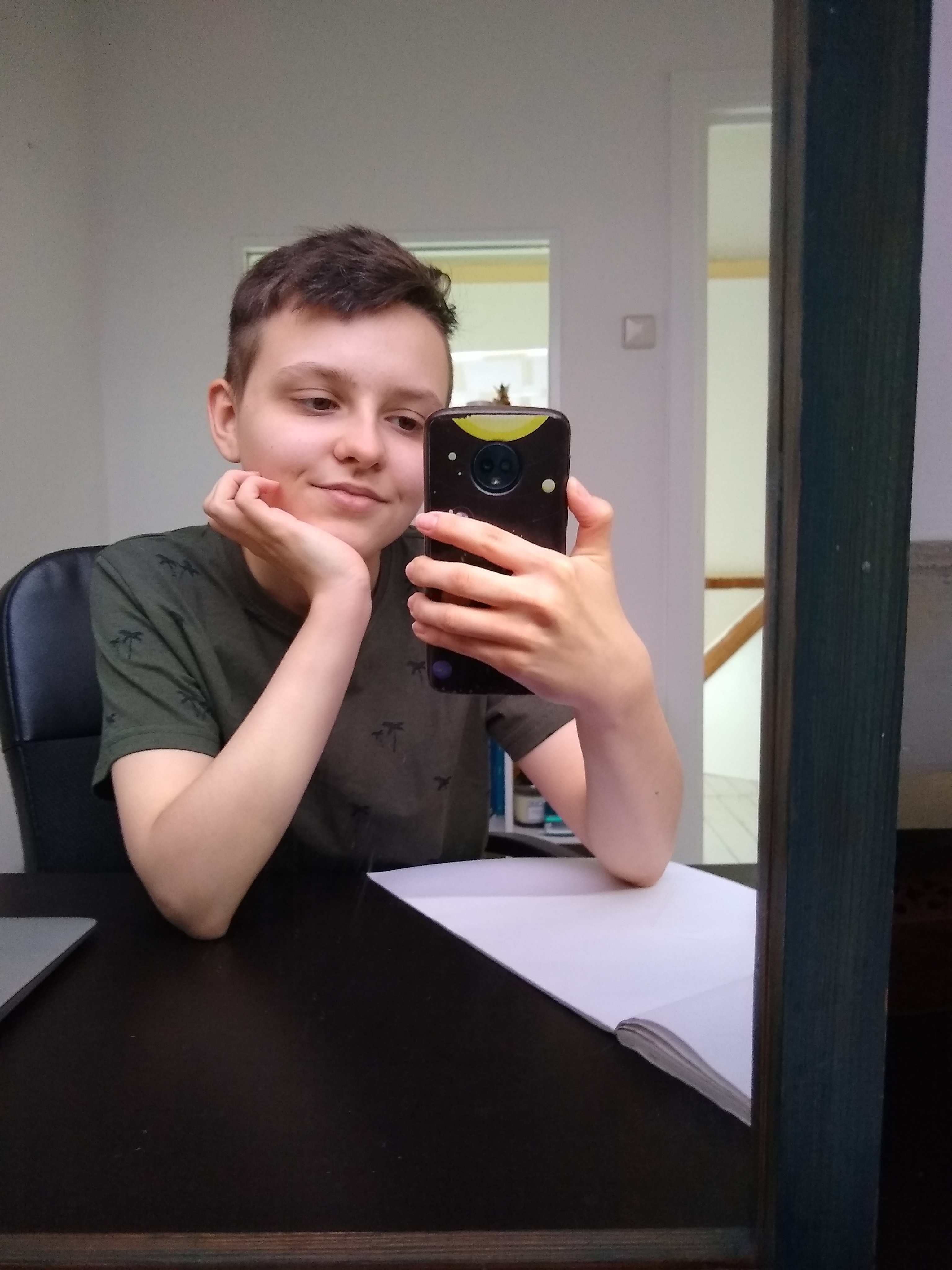 I'm a 20 year old from the Netherlands, who's interested in computer science, art and activism, and here to represent my favorite project of the internet: FreeSewing.