Go is often thought of as a server programming language, especially one used for microservices. However, I argue that it can also be a good language for much smaller systems: microcontrollers. Especially with the Internet of Things there is a need for a language that is safer, easier to use (harder to misuse) and easier to build and test.

For many years, C has been the dominant language in the embedded world and especially microcontrollers. Almost all embedded systems are written in C. The last few years this has been changing, with new languages being used for this purpose:

TinyGo is a new compiler for the Go programming language. Its goal is to implement the Go language specification, be able to compile most of the Go standard library, but still optimize well enough so that binaries can run on a range of large and small embedded systems. It optimizes much more aggressively than the main Go implementation and the resulting binaries are able to run on systems ranging from the Arduino Uno, to the BBC micro:bit, to the MCH2022 badge with an ESP32 chip. I believe TinyGo offers most of the ease-of-use benefits of interpreted languages while providing most of the performance benefits of languages such as C.

In this talk, I will cover what kinds of problems C can cause, why Go can be a great fit on embedded systems, an explanation of some optimizations that it does that help lower its code size and RAM consumption, and some examples of projects written using TinyGo. Oh, and of course some demos. 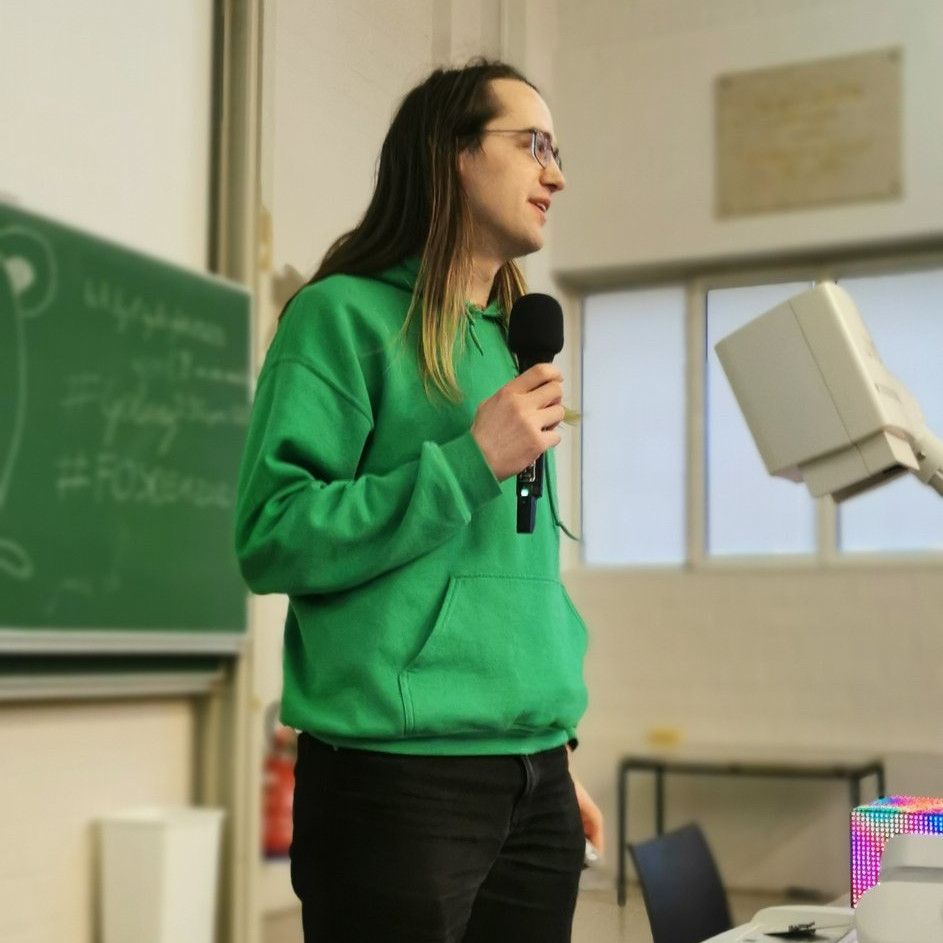 I have been working on TinyGo for the last few years. Before that, I worked on the MicroPython Python interpreter and worked on the IRMA project.

As a child, I have long been interested in electronics. At some point I started to learn programming Python (around the age of 12 or 13) and I have been programming ever since. Around six years ago I learned about the Arduino environment, where my previous interest in electronics was revived with a new power: programmable microcontrollers. I didn't like C much so I started looking into alternatives and found MicroPython. But that wasn't exactly what I was looking for either so I did the naive thing and started the TinyGo project with the goal of making the Go language available for microcontrollers.